Time To Make The Donuts 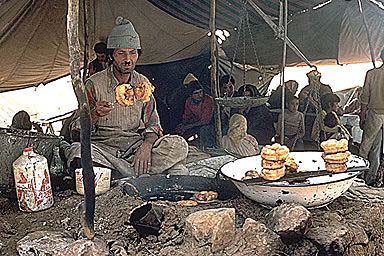 Have you ever heard of the McDonald’s theory of economic stability? Basically it is that any country that is able to sustain a McDonald’s is considered a stable state.

I have a similar theory. It’s Kathy’s Theory of Cool Cultures. My theory is that any culture that can develop and sustain a donut is a culture worth getting to know.

The upside is that many, many, many cultures have doughnuts. The downside is that it hasn’t culled my list of “Cultures Worth Getting to Know” at all.

In a previous post, I’ve expressed my love for the fried wonder that is a donut. And I continue my quest to identify the Donuts of the World!

For example, today I discovered that Morocco is yet another country that has developed a distinct (and popular) doughnut. In fact, it has two!

The first, called a beignet, is the sweeter of the two. It contains sugar, milk, and butter.

The second, sfenj, has just flour, salt, yeast, and water. It is fried in hot oil and – when golden brown – can be eaten either plain or rolled in sugar.

No matter which donut you choose to enjoy (even both!), I think you’ll agree with me that this is a welcome addition to my donut research.