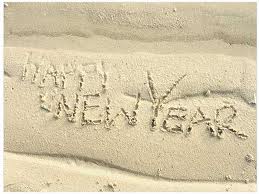 In 2011, consider adopting the German practice of predicting the future on New Year’s Eve.

Germans used to try to predict the future by dropping molten lead into cold water and “reading” the results.

Instead, why not anticipate the good things you hope will happen in 2011 by writing a news story or a letter to a loved one dated one year from now.

Ask everyone in the family what they think will happen – for themselves and other family members – and write up the results.

In the future, you can save these letters and re-read them on New Year’s Eve as a reminder of all you hoped would be. 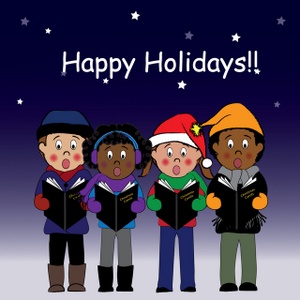 I know you’ve been humming along to Christmas songs as you bound through the grocery and department stores trying to make a holiday happen.

But what do those songs mean? Here’s some vintage KidCulture posts (from last Christmas) explaining some of my favorite carols. Let me know if it clears up the mysteries for you.

I have loved to sing Christmas carols since I was a little kid but I confess a few songs have always mystified me.  I’ve done a little research to explain some of the more perplexing lyrics.  Along the way, I’ve also learned a lot about Christmas carols and their origins.  Starting tomorrow, I will help clarify one carol – or lyric – each day as we countdown to Christmas on December 25.

Day One:  What in the World is Wassailing?

Wassail can actually mean a toast, a revel, or a hot, spiced punch.  It hails from an Old English phrase:  “waes hael” which means “be well.”  The lord of the manor would offer this toast and the crowd would reply, “drink and be healthy.”

“We Wish You A Merry Christmas” was always an interesting carol in my opinion.  In what other carol is there such a blatant demand for a treat?  But what really perplexed me was the demand for figgy pudding, particularly after I saw a picture of it.  Read the song and see for yourself.

I know what you’re thinking.  It’s quite a mental picture, but unfortunately it’s incorrect.  This lyric comes from “Deck the Halls” and is pretty popular during the Christmas season.

I admit, I feel pretty cool when I sing Christmas carols in other languages – like I’ve accomplished something!  “Adeste Fideles” is one of my favorites and not just because it’s in Latin.

Although it is not religious, “Petit Papa Noël” or “Little Santa Claus,” is the most popular carol in France.  Here is the first verse and a translation.

Did you know that “Silent Night,” which was written in German as “Stille Nacht” has been translated into more than 300 languages, including Swahili and Maori?  Check it out here.

Can you imagine celebrating Christmas during the summer?  That would make it kind of hard to really enjoy singing “Winter Wonderland,” wouldn’t it?

Australians have adapted the holiday to suit their climate.  Here’s the Australian version of “Jingle Bells.”

I admit it, “I Saw Three Ships” has me stumped.  Try as I might, I could not find anyone who knew what this song was about.  To the best of my knowledge, it’s a British song from the Victorian era and that’s the best I could do.  If you know, feel free to chime in!

Turns out good King Wenceslas was a pretty cool guy.  He was the King of Bohemia, which today is the Czech Republic.  Raised by his grandmother, a devout Christian, he became king after overthrowing his mother who was acting as regent for Wenceslas because he was underage.

Day Eleven:  Kings on a Mission

I never really connected with the story of the three kings, or magi, until I began to travel outside the United States.  When you consider how difficult it is to travel – even in the 21st century – I  think it gives you a greater appreciation for the three kings who made the journey to Bethlehem all those years ago.  And if you have ever ridden a camel for longer than 15 minutes you will have even more respect for them!

Day Twelve:  The Big One

That’s right, today I will tackle the big one:  “The Twelve Days of Christmas.”  This song has always bothered me – who would want all that crazy stuff and why would anyone give their true love all those birds?

Springerle are a German rolled Christmas cookie. My great-grandmother made these cookies and my grandmother remembered them fondly.

Springerle means “little jumper” or “little knight” and it borrows its technique from that used to emboss designs on Christian bread. The different designs on springerle have evolved a little over the years.

Although they’re not labor-intensive, you do need a special rolling pin in order to make these cookies authentic.

My family no longer has my great-grandmother’s recipe, so I’m relying on this springerle recipe which was submitted to AllRecipes.com by Rosemarie Magee.

Add sugar and butter. Cream together until light and fluffy.

Knead dough until smooth … add more flour to get a smooth dough if necessary.

Cover dough and allow to chill in refrigerator for at least 2 hours.

Roll onto slightly floured board to 1/2 inch thickness. Then roll again with springerle roller to make designs. Cut at border. Sprinkle anise seed on clean tea towel and place cookies on this. Allow to stand overnight (don’t cover) to dry.

Cool completely. Store in tight tin container … the longer they are stored, the more anise flavor they take up.