Why Do We Bother? Here’s One Perspective 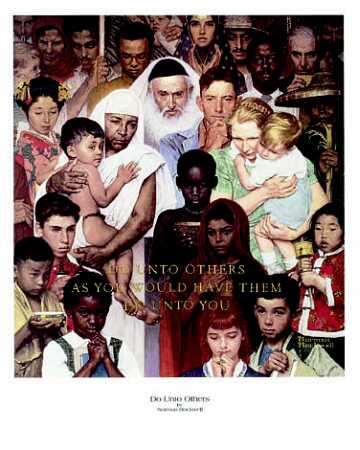 One of the things that I just take for granted is that people are interested in learning about other people; that there is something worthwhile in stepping outside of your own cultural identity to try and “walk a mile” in someone else’s shoes.

I don’t question why this is important but – thanks to increasingly embarrassing rhetoric from pundits too ignorant to comprehend – I guess not everyone in America feels this way.

Here’s the thing: there’s a long history in this world that does not include America in the way we know it today. And it’s worth having a little humility when it comes to other people and cultures because we just might not have all the facts.

I refuse to let other Americans’ ignorance embarrass me. Just as I refuse to let other Christians’ ignorance embarrass me. The fundamental rule still applies – from Casablanca to my casa: Do unto others as you would have them do unto you. I would no more permit someone to burn a Koran than I would permit them to burn a Bible or a Torah in my presence. Because – as Jesus taught – it’s just not cool to disrespect others.

Here’s an article about vegetarianism and living in West Africa that I think gets to the heart of that idea without talking about religion or the pundit class. It’s just a simple story about appreciation, acceptance, and understanding – both yourself and others – and I think it’s a great read.

And to paraphrase the immortal words of “Hill Street Blues,” let’s be kind out there.