International Food for Your All-American Cookout 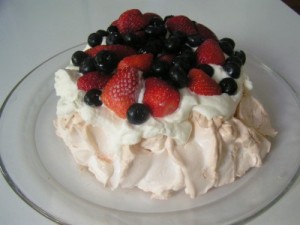 American Independence Day – also known as the Fourth of July – is one of the biggest barbecue holidays of the year.

This year, you can freshen up your party menu by incorporating cuisines from around the world. Not only will it give your guests some new flavors to enjoy but it will also permit everyone to celebrate one of the greatest things about our country: that we welcome all people here from around the world.

More than 17% of Americans report themselves as having some German ancestry, which is the largest self-reported ancestral group. Odds are, if you’re hosting a barbecue for the 4th of July, at least some of your guests are German-Americans. Here’s a Food Network recipe for German Potato Salad to help you celebrate.

Try something new on the grill with this recipe for Tandoori Chicken. You can adjust the seasonings to make it more – or less – spicy without sacrificing the amazing flavor.

There’s nothing like barbecued spare ribs on the 4th of July, so tuck your napkin into your collar and get ready to get messy with this Korean Barbecue recipe from Epicurious.com. As of the 2000 Census, there are more than one million Korean-Americans in the United States.

Fresh and delicious, this salad would go beautifully with whatever else you’re serving at your celebration. It’s also a great way to honor Mexican-Americans, whose numbers have increased 58% between the 1990 and 2000 Census.

Not only is this a beautiful-looking dessert, it’s also light after a heavy meal of barbecued foods. It uses fresh strawberries, but if you want to re-create the American flag, go ahead and dot in some blueberries to give the dish our traditional red, white, and blue look.