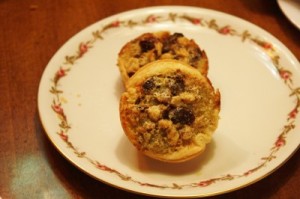 Pastel de Navidad are a delicious Spanish dessert that you and your family are sure to love.

If you want to celebrate Christmas in Spain, you’re going to have to take a nap first. Christmas dinner is traditionally eaten at midnight on Christmas Eve after the family has attended mass together.

The festivities, which include singing, do not end until very early in the morning. According to a Spanish song, “This is the good night, it is not meant for sleep.”

The next day, Christmas Day, the family again returns to church. Presents are not exchanged until the Feast of the Three Kings, when the three wise men brought gifts to the baby Jesus.

But you don’t have to wait until January to enjoy these delicious treats. Try this recipe from Cooking Clarified and see if these don’t become one of your new favorites. Feliz Navidad!

Pamplona’s Running of the Bulls 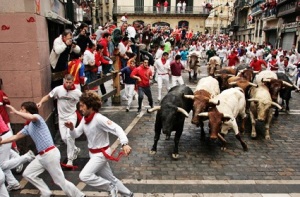 Today marks the first day of the festival of San Fermin in Pamplona, a Catholic religious holiday in Spain that is most closely associated with the running of the bulls.

Saint Fermin is believed to have been the son of a Roman senator who converted to Christianity and later became a priest. He was martyred in France in AD 303.

The San Fermin festival begins on July 6 with a rocket launch from a balcony of Pamplona’s city hall. The next day there is a procession in which a statue of Saint Fermin is paraded through the streets joined by dancers, musicians, and the “gigantes” and “cabezudos” (giants and big-heads). 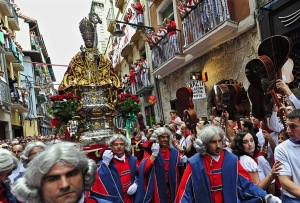 The running of the bulls takes place on July 7 and continues each day of the festival, which lasts until July 14. Runners are pursued by six bulls and six steers down a roughly half-mile route that ends at the bullring in Pamplona. Before the run begins, participants pray to Saint Fermin and chant three times asking for his protection.

The run begins when a firecracker is set off to alert the runners that the bulls have been released. Since hundreds of people participate, the firecracker signal is necessary so that people will be prepared to start running. Although approximately 15 people have been killed running from the bulls, about 250 people are injured every year, usually from falls. 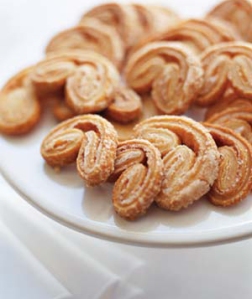 Known as palmiers in France, palmeritas in Spanish, ventaglio in Italian, and elephant ears in English, these little cookies have a devoted, global following.

It is believed that they are French in origin, where their name translates to “palm leaves.”

They are widely available in bakeries and from companies such as Goya, but they are also easy to make – so long as you don’t try to make your own puff pastry!

Here’s a recipe from Ina Garten that was posted on www.foodnetwork.com. Try it and let me know what you think. 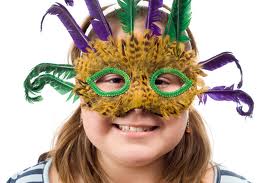 There’s a lot going on today. In addition to Mardi Gras/Fat Tuesday/Shrove Tuesday, today is also the 100th International Women’s Day, which I’ll be posting on later today.

But Mardi Gras deserves attention all on its own.

Mardi Gras, or Fat Tuesday, is the last day before the Christian season of Lent begins. In Lent, Christians make sacrifices, fast, pray, and try to prepare for Easter, the holiest time in their religious calendar.

So Mardi Gras is the last hurrah before the solemnity of the Lenten season. And some people really do make the most of it.

In Brazil, Carnivale has a world-famous reputation as an all-out extravaganza.

In the United States, New Orleans pretty much holds the title for most festive Mardi Gras destination.

The celebrations can get wild – but there are some family-friendly traditions that anyone can adopt. 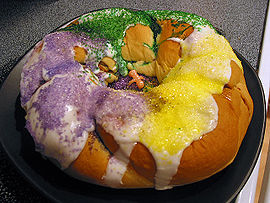 One of the most fun is King Cake. King Cake is not only eaten during Mardi Gras, but it is also a popular food during the Christmas holidays in places such as France, Belgium, Portugal, Cyprus, Bulgaria, Switzerland, and Spain.

Inside the cake is a tiny figure of a baby, meant to be the baby Jesus. Whoever finds the figure in his or her piece of cake earns the right to buy next year’s King Cake (I like this tradition!).

In addition to King Cake, parades are a common activity at Mardi Gras festivities. You can organize a mini-parade with your family either inside or outside (depending on how frigid it is where you live). Dress up in masks and pile on every piece of funny clothing, jewelry, or decoration you can find. 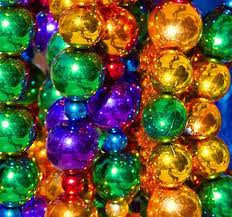 If you’ve got beads, flaunt them! Mardi Gras beads are traditionally distributed during parades. These plastic beads, usually found in purple, green, and gold, are fun treasures for kids to collect. You can give out beads according to your own idea of a good time. Encourage your children to compliment each other or do nice things for other friends or family members in order to earn the beads. You can keep the fun going long after Mardi Gras.

Eat Some Grapes, Have a Laugh 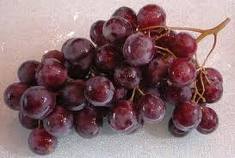 In Spain and Portugal, people celebrate the new year by eating twelve grapes at midnight to encourage 12 happy months in the New Year.

In Japan, people let loose with a laugh at midnight to bring good luck to them and their families.

Each of these practices sounds so fun and charming; it’s a sure bet your family will feel the same way.

In addition, think of other things you can do at midnight to encourage a great outcome in 2011.

For example, if – like most people – you have financial concerns, consider playing Monopoly with your family on New Year’s Eve. Or dedicate a new piggy bank to help you keep track of loose change or remind you to make saving a habit.

If you feel like you and your family have been too stressed out over the past year, watch a bunch of laugh-out-loud, family friendly films to remind you to enjoy the moment.

If you’re dreaming of fun trips to exotic locales, encourage everyone in the family to dress up as if they were leaving on a vacation to their favorite spot. You might be surprised to see who is wearing a Hawaiian shirt and who’s got ski pants on!

Whatever you choose, you’re sending a message to yourself and your family that the new year can be everything you hope for. 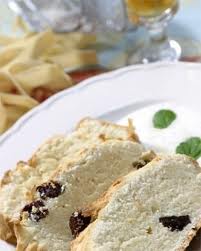 Pastel de Navidad cookies are from Spain and they include raisins and walnuts. 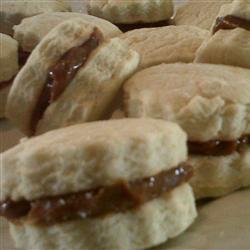 Alfajores are a sandwich-style cookie that originated in Spain. Its name comes from the Arabic word for stuffed.

There are many variations on alfajores, including a recipe from Peru and another from Argentina.

These Latin American versions of the cookie are very different from those made in Spain.

This alfajores recipe, from AllRecipes.com, is from Argentina. 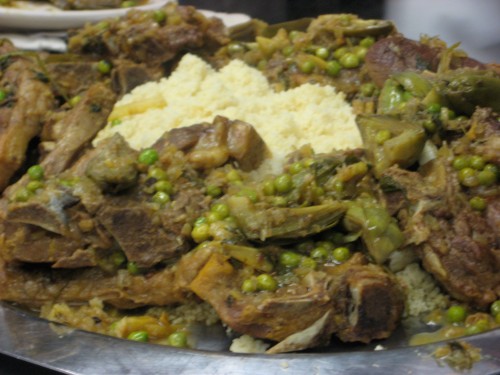 You must remember this, couscous is just couscous . . .

OK, those aren’t the words to the song, but that was the sentiment of the cooking class I took at my community college this week. It was a class on Moroccan food – and it was awesome!

As usual, I took a lot of pictures of the food and I had a great time meeting new people, tasting new cuisine, sharing ideas, recipes, insider foodie information (don’t tell the feds!). But what I really loved learning about is our interconnectedness. Food really is a tie that binds.

In between sauteing chicken or braising lamb or marinating shrimp, the chef talked about how food is our common denominator.

It’s the thing that was left behind when countries were invaded.

It’s the common language of troubled areas of the world who seemingly have nothing on which they can agree.

It’s a map of where and how people lived – and shared their knowledge – centuries ago.

Like a lot of people, I have a busy life, and it takes something really important to convince me to break up my son’s routine and take an evening away from him.

But when I can come home and tell him about how and why people in Spain and North Africa both love pastillas and why people in Morocco, Lebanon, and Israel all love couscous, I feel like I’m not just doing something for me. I’m also giving him just a little more knowledge or insight that will help him go where he needs to in life.